‘Since the first time he entered the club “Kremlin” at Lisbon, one of the best clubs of Portugal, he knew that electronic music was his other half, and the emptiness he felt in a long time was gone. So started to buy vinyl, mixer, turntables and brush to clean them. Learned everything alone with vinyl, and took him 6 months to play his 1st Club in 1999, back when he was 17 at “Fábrica da Polvora”, “Pátio do Sol” nowadays. Played the hottest Clubs and Bars in Lisbon, except one… “Kremlin”… Home where artists like Danny Tenaglia, DJ Vibe aka Tó Pereira, Jim Masters, XL Garcia, Jiggy, Chus & Ceballos, Victor Calderone, Mario Roque, Master G, DJ Pedrinho, Aruzda, Oscar Baia, just to name a few. (Objective that was fulfilled at new year’s eve 2013-2014.) The year of 2009 was his big explosion releasing his first Original track. Since then has become a producer and re-mixer from deep house to techno, like his DJ skills, that infects every dance floor with his hypnotic beats and underground rhythms. In 2012 he wins the Dance TV DJ competition, with the best DJ Set and had the chance to play with Sian from Octopus Records at Opart Lisbon. 1st international gigs was at Berlin (Germany) Since then as played at Kremlin, Ground Zero (Kapital), Benzina, The Warehouse, “WYSIWYG” at Berlin (Germany)… and had the opportunity to share booth’s with artists such as: Sian, Stevie Wilson, Spiros Kaloumenos, A.Paul, Alex Dolby, Forest People… Co-Founder of “Lisbon After Hours”, The name of the party’s Hosted at Lisbon in Club Rubik back in 2013. DKult, this native born and raised DJ/Producer has been making leaps and bounds with his productions as he has released material on labels such as Italo Business, Naked Lunch, Bunk3r R3cords, Naughty Pills, Viral Outbreak, Techno Pulse, SumSycheSynth and many more. Achieved 9 times the Top 100 on Beatport Hard Techno / Hardcore with tracks such as: DKult – In The Morning (Original Mix)” (Naughty Pills) that was siting at number 21 for 6 weeks and like the remix from “Jay Saunter – Field (DKult Remix)” (Techno Pulse) just to name a few… One time in the top 100 Minimal Techno on Beatport for 13 weeks, and also Beatport’s Choice of the week Minimal Techno in 2013, with the remix from Variant – Where The Fuck Am I (DKult Remix). Host of the radio show “Back To The Underground” @ FNOOB Techno, with lots of special international guests of the best techno scene, artists like Stevie Wilson, Tex-Rec, Dave Angel, Alex Dolby, GO!DIVA, Sebastian Groth, Forest People, Mark Broom and many more… Joins Naked Lunch Agency in 2014 invited by A.Paul.’ And more to come from his work. 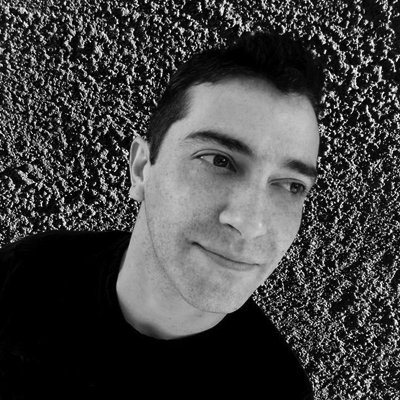