Ninna V. started working as dj at Mercado Bar, Porto, as a resident in 1992, just after she was a resident at Club Cais 447, in Matosinhos, Porto, as well,where she stayed till 93.When these club and bar closed, she went to Marechal Bar and stayed as resident for 1 year. In that time there wasn’t dj agencies yet in Portugal, she had the idea of opening one, called “Beyond the Agency” to represent herself and other dj’s to launch, also were starting the rave partys, all new to this country, had this agency for 12 years. So, she started to represent national and international dj’s and booking them to play here in PT. She played with some of the best national and international, dj’s in the world like : Carl Cox, Sven Vath, Kevin Yost, Roger Sanchez, David Alvarado, Danny “Buddah” Moralles, Richard Lees Crees, Kid Loco, Victor Simonelli,Benji Candelario, Paco Buggin, Nacho, Victor Flores, Jose Luis Magoya, Mario Roque, Dj Vibe, Carlos Manaça, Petty, Jiggy, Oscar Baía, Luis Leite, Paulo Leite,João Daniel. etc. For 21 years she played everywhere in Portugal, at all knowing clubs, like : Kremlin, Comvento, Alcantara Club, Industria, Swing, Maré Alta, Kadoc , Locomia, Capitulo V, to name a few. Was responsible for many ” Leite Night Sessions” Partys, with Luis Leite and Paulo Leite, where they all played together, around the country. Also went to play at : Vigo, Coruña, Barcelona, Spain, Graasmtown Music, Culture and Multimedia Festival, South Africa, Malta, London, NYC, Went to Zurich to play at Reaktor Club etc… She produced and organized events since 96, the first one was in Lisbon, at Armazem 3, where there was about 3000 people.Later, organized also a Tour around Portugal and Spain, with dj Mario Roque, and to name a few of clubs where they played : Teatro Sa da Bandeira, Kremlin, Kadoc, Vademecum,Vigo, etc. Organized also a New Year’s Eve, at Kadoc Club, with dj Benji Candelario. She also had a radio show called ” Groovy Planet”, and could interview dj’s and play their sets, it was a 2h show, at NFM radio. Had a bar in Porto, called Maré Alta as Club and After hours, knowing as Maré Alta the Oficial After Hours of Porto City, where many great dj’s played : Dj Vibe, dj Jiggy, Mario Roque, Dl Costa, David Alvarado ( USA), etc… Has since 2 years, a radio podcast at fnoob.com Techno Radio, once a month with increasing numbers of listeners by the show !! Has many releases at many different labels, remixes and collabs out and many will be out this year 2014! 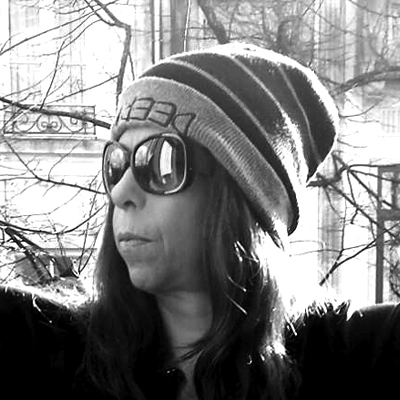