Nuno saw the daylight in 1979 in Portugal. He begins to make evenings with these friends and during one of these evenings he chooses his artist’s name ” Roach “, diminutive of cockroaches, especially for the power of survival and adaptation of this tiny creature. Electronic music fascinate him, he loves it groove’s with a pinch of tribal sounds, melodies and vocals, sometimes even a little oriental. He adores making the women dance and tries to see them precipitate on the dancefloor to sway hips. Afterward he begins to liven up evenings in several clubs and discotheques of the country, France and Switzerland, in houses such as: Hard club – Portugal, Jet7 – France, Magic Club – Suisse, At Home – Suisse, Kheops Club – Suisse, Jack Club – Suisse, Amboss Ramp – Suisse, clubs where he shared the decks with numerous DJ’s such as: Louie Cut, Pmx Soundz, Jutzi, Bfly, Alex Trusk, Nicholas Koch , Corpataux, Lucas de grandis, Mia Kaltes among so many others. XXI ° century, the big bang of the virtual and the sharing through the web make that he begins to occur also through the radios of internet Deepsession Radio, Innervison Radio, Pure Músic and especially CasaFonda Radio where he has now his program: ‘Intersections’, during which he makes us dance but also lets us discover or listen again diverse artists of the electronic scene. At the beginning of year 2008 he starts producing, demonstrating once more the talented and fickle artist that he is and has then the pleasure to collaborate with artists of international fame : Gus Tinto et D-Formation. He makes several releases by labels as Aenaria Recordings, belonging to Lucas Ricci – Italy, House Lab Records – Serbia, Tall House Underground – England , Shelving Músic – Argentina or Triskel-Tech Recordings- Belgium. During of year 2013 he joined the team of Dropout Agency – Switzerland, where he helps to set up the Dropout Records with the aim of giving an opportunity to artists underestimated to be known and promoted their musics. Roach an complete artist, which asks only put the dance floors on fire and makes you dance. 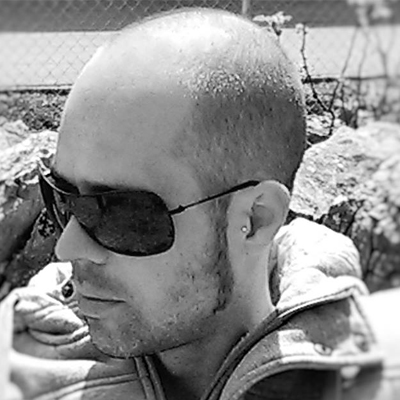